Organised in the framework of the EU-funded project Covenant of Mayors – Eastern Partnership, the high-level conference “10th Anniversary of the Covenant of Mayors in the Eastern Partnership Region” took place on 29-30 November 2022 in Tbilisi, Georgia. The Conference hosted over 150 representatives, including local and national authorities, associations of local officials, and other stakeholders from Armenia, Azerbaijan, Georgia, Moldova, and Ukraine, along with the EU institutions, EU Member States and international organisations’ representatives. 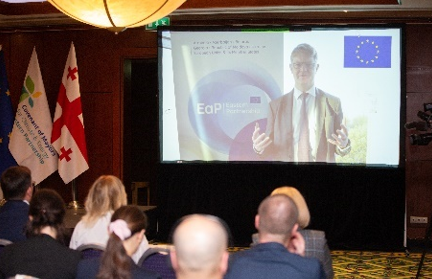 In his video address, Lawrence Meredith, Director Neighbourhood East at the European Commission said: "We must diversify energy sources and strengthen energy security, do everything so that future generations can live healthy. The Eastern Partnership region, represented by 460 signatory cities of the Covenant of Mayors, is an excellent example for local authorities around the world."

During the Conference, speakers presented the progress achieved by the Covenant and its signatories and reaffirmed the EU’s strong political will to support EaP authorities in designing and implementing sustainable policies. The event offered opportunities to discuss the main bottlenecks and barriers encountered by the signatory cities, and provided effective recipes for success. It also outlined the future of the initiative and EU support to EaP municipalities in the perspective of the Green Deal and other European initiatives. 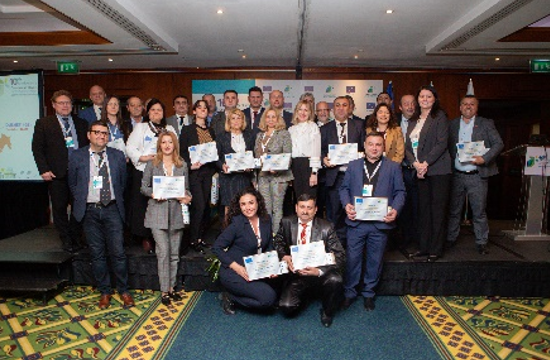 At the end of the first day, Nicholas Cendrowicz, Deputy Head of Unit for Georgia, Moldova and Economic Investment Plan, DG NEAR, European Commission, congratulated the mayors of the 20 latest cities who decided to join the CoM East community. In recognition of their commitment, the mayors or representatives received a certificate and small gift.

The workshops, taking place on the second day of the event, created a space for dialogue between local, national and EU representatives on very concrete topics such as the implementation of SECAPs, examples of demonstration projects and climate policy objectives. 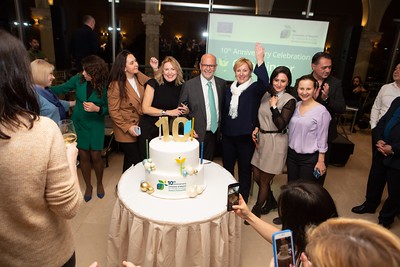 The participants also had an opportunity to celebrate this 10th anniversary during a gala dinner that was organised in a friendly atmosphere with traditional Georgian food and dances as well as a huge and delicious anniversary cake!

Throughout the past ten years, the Eastern Partnership countries, were able to build a strong and supportive Covenant community, where ministries, regional authorities and supporting structures play an important role by assisting the signatories in meeting their CO₂ reduction commitments and implementing climate change adaptation measures. And this anniversary event was also the occasion to launch the third phase of the EU-funded Covenant East Secretariat which will coordinate the activities until 2025.

You can also find more information including the presentations here.